MILAN (AP) — Milan Fashion Week continued in disjointed, discombobulated style for the third day on Friday, veering from the physical to the digital, with an uneasy eye fixed on the economic damage wrought by coronavirus. Some highlights from Friday’s shows of mostly women’s collection for Spring-Summer 2021: FRANCESCA LIBERATORE […]

MILAN (AP) — Milan Fashion Week continued in disjointed, discombobulated style for the third day on Friday, veering from the physical to the digital, with an uneasy eye fixed on the economic damage wrought by coronavirus.

Some highlights from Friday’s shows of mostly women’s collection for Spring-Summer 2021:

With the luxury market hitting new lows, Francesca Liberatore chose full disruption of the show/sale cycle: She auctioned off her collection of exclusive one-off pieces at the end of the live runway show, donating the proceeds to charity.

“It was a creative need in this historic moment,” Liberatore said of the auction, while acknowledging the dire straits that small brands like hers are navigating amid plummeting sales.

Bright prints were taken from artworks she created during Italy’s strict lockdown — some of which were also included in the auction. They appeared on silk dresses and colorful leggings and swimsuits. Each new look in the 30-piece collection was announced by the solemn tone of a gong ringing.

A sheer black drop-waist dress with neon green piping details fetched 700 euros, while a silk print shirt over a black slit skirt went for 2,000 euros. Proceeds are going to the Golfini Rossi charitable association, which works in Tanzania.

MARNIFESTO: MESSAGE OF FREEDOM SENT ’ROUND THE GLOBE

Marni creative director Francesco Risso avenged the coronavirus lockdown with his latest collection, sending 48 newly created looks to the four corners of the Earth, where friends and collaborators of the fashion house donned them for a film montage.

The resulting project, dubbed ‘’Marnifesto’’ and presented virtually during Milan Fashion Week, put the clothing on streets and in homes from Los Angeles to Paris, Detroit to Dakar, London to Tokyo — answering a question that often hangs in the air after runway shows: Who would wear this, and where?

So a man wearing a leather jacket hand-painted graffiti-style showed up in a convenience store, and woman in a half black-half white coat stops to tap keys on a shopping mall piano and a youth walked city streets in a mirror version of a striped basketball shirt. In the finale, players — not models — stand on traffic islands in garments linked by striping details.

“That has been the biggest challenge: To create a space that is metaphysical of course, where we can be together,” Risso said in a video interview ahead of the virtual unveiling.

The lockdown, Risso said, instantly interrupted the Marni creative process, which he described as “very sensorial and tactile,” characterized by pieces passing from one hand to the other, while inspiring new ways of creating. “People were dyeing things in bathtubs, or painting and draping in their homes,’’ Risso said. “I was impressed how every member of the team adapted that moment into new exploration.”

“Making fashion is a collective work. But this time more than usual. Somehow the anarchy about it, the devotion to freedom and self-expression has been central to the work,” Risso said.

The designer invited employees and some journalists to watch the video in a Milan theater. He was joined by Renzo Rosso, the Diesel brand creator who invested in Marni in 2013. Wearing protective masks, the two shared a celebratory embrace at the end.

Models for Donatella Versace’s latest co-ed collection walked through the ruins of a fallen, submerged civilization — its own Medusa logo having fallen to the sea floor amid crumbling ionic columns. It’s a pretty apt metaphor for a global crisis that is expected to leave the world changed in very fundamental ways.

Instead of the Medusa, Versace chose as the star fish as the motif of the season, a hopeful symbol of self-regeneration.

The collection itself was upbeat — and Versace included models of all shapes, a recent runway trend.

Amid the rubble, the collection provided optimistic bursts of colors — green, pink and yellow. The female silhouette showed off legs and midriffs, with joyful ruffled mini-skirts or tightly pleated sheath dresses that fall into a frothy wave of ruffle.

Versace originally planned a runway show with media, buyers and celebrities present, but opted to keep the doors closed due to health concerns generated by the virus. Fashion house employees instead took seats on the topped columns for the live broadcast.

In a statement, Versace said that all employees at the Milan headquarters and the Novara production facility have been offered regular and free coronavirus swab tests. “You have often heard me saying that the people who work at Versace are like extended family to me. And one worries and takes care of his family,” Versace said in a statement.

Emma Chamberlain Credits This Unlikely Movie for Her Fashion Sense

Mon Sep 28 , 2020
Getty Images Getting shit done while stuck at home isn’t a competition, but if it were, Emma Chamberlain would be winning. One of the country’s most recognizable YouTubers, Chamberlain has spent the last few months launching an IGTV series in which she styles teachers and scientists, expanding her coffee company, […] 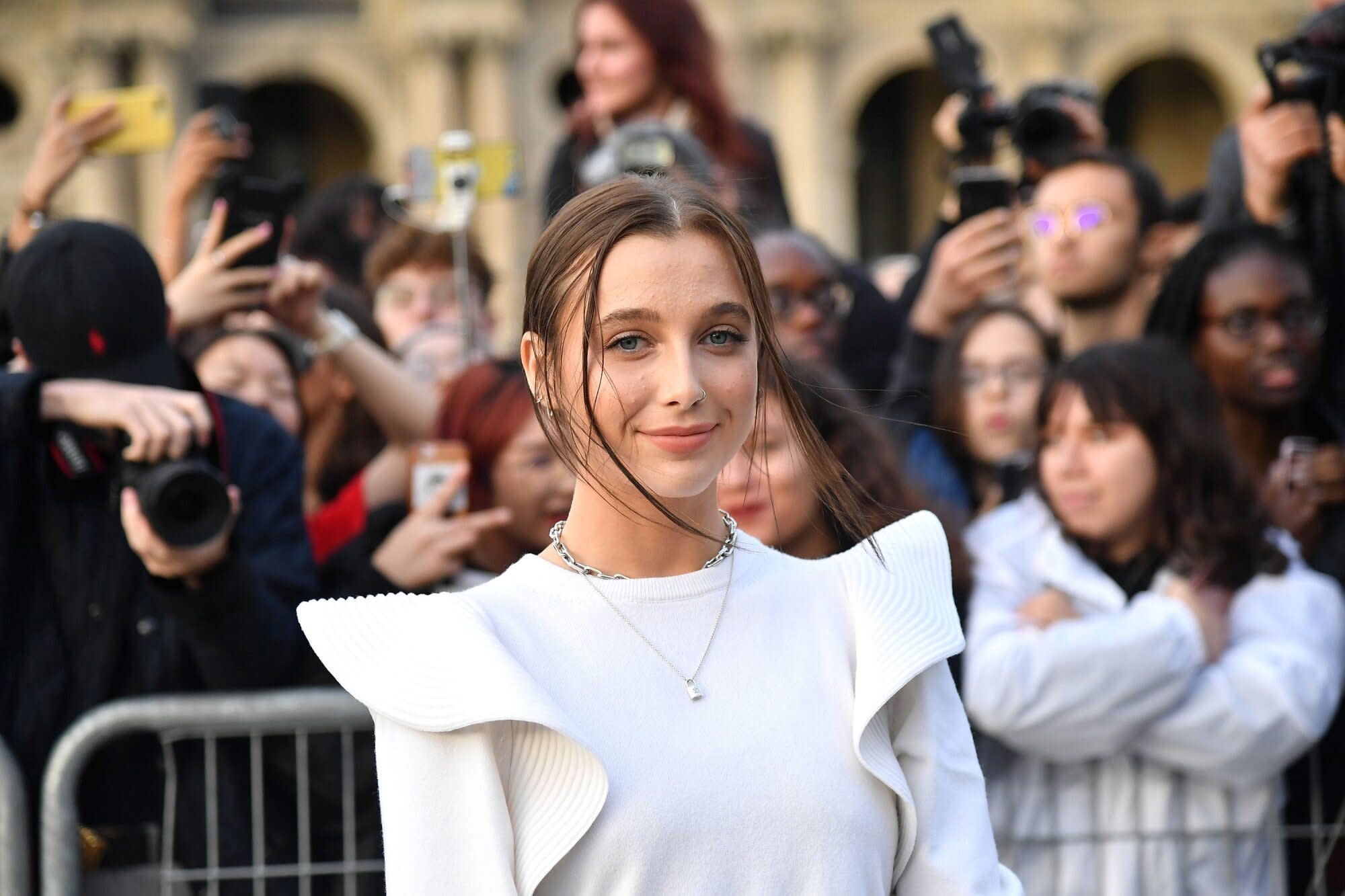