Fashion has resisted regulation in the past, and lawmakers the world over — until now — weren’t sure of how fashion fit into the fossil fuel puzzle.

That’s less so the case today.

“Who would have thought just a few years ago we’d be having so many conversations on fashion policy?” said Elizabeth Cline, director of advocacy and policy at Remake, in a session on fashion policy at the Fairchild Media Group Sustainability Forum held virtually on April 28. “It was something that wasn’t really on lawmakers’ radar, and now there’s this flurry of interest. It’s really an exciting time.”

Remake’s aim as an industry watchdog is to ensure garment workers get paid fairly. Where policy can help accomplish that mission, the organization has played a leading role.

Stateside, California Gov. Gavin Newsom passed the Garment Worker Protection Act in September 2021, which aims to do exactly as the name suggests by building joint liability (and fair wages) into California’s vast garment manufacturing districts. More than 140 businesses, including Reformation and Eileen Fisher, came out in support of the bill alongside advocacy groups. Meanwhile, the “Fashion Act” or Fashion Sustainability and Social Accountability Act is on the roster for New York State’s current legislative season.

“Fashion has its own unique challenges, and the Fashion Act specifically puts fashion’s unique social and environmental issues on the radar of lawmakers,” reiterated Cline. “What [Remake] is asking for is for lawmakers to look at what’s happening with the human rights due diligence space in Europe. We think that is what they set out to do with this law, and to ensure the law is ahead of the regulatory and legislative curve because we believe strongly that if New York is going to do this, then we should be out in front and be a leader on these issues.”

The bill spurred countless support, including at least two open letters digging into labor and circularity nuance (the former spearheaded by Remake and the latter penned by Circular Services Group, with signatories like ThredUp). Resellers like ThredUp believe circularity needs to be at the forefront of the conversations brewing in Washington, D.C. and Albany.

“We’re in a really interesting position right now in terms of public policy across the board. Lawmakers have myriad issues that are being lobbed at them every single day,” said Seth Levey, ThredUp’s head of public policy and sustainability. “We want to make sure that sustainable fashion is moved higher up the priority list for lawmakers. That’s why we think the Fashion Act, for instance, is very important in setting a pathway for conversations around sustainable fashion. We believe that reuse should be at the top of the waste hierarchy. Reuse and textile waste management are currently left out of the act. We think that it’s a huge opportunity for textile waste management to be integrated into public policy.”

Levey reiterated ThredUp’s “support for the Fashion Act overall” and anticipates working with other players for “building a pipeline of viable public policy initiatives both at the state, federal and international level for sustainable fashion.”

Working at the intersection of sustainability, design strategy and impact for much of her career, Ibada Wadud, Parsons School of Design faculty, founder of Lulah and founding member of the New York Fashion Workforce Development Coalition, is keen on taking things back a few paces when it comes to policy.

“I think it’s really interesting to analyze across sectors and particularly as it pertains to the fashion industry, to analyze some of the root causes of the issues that we’re facing today, particularly understanding not only the current landscape of the industry but how we arrived to where we are,” Wadud said. “Once we have a deeper understanding of some of the gaps that exist — essentially our industry operating within a black box, for most of this century — we then can appropriately respond. And that requires folks from multiple and diverse capacities, skill sets and knowledge — and also strategy to actually get there and accomplish those goals.”

The way it works with the Council of Fashion Designers of America — a trade, membership-based not-for-profit organization that also operates a separate foundation for education initiatives — is also a little unique.

“We are not directly positioned under our mission to lobby, however, we do engage with many ecosystems of alliances and stakeholders,” said Sara Kozlowski, vice president of education and sustainability initiatives at the CFDA. “Currently, we are very happy to be collaborating with trade member peers including the AAFA [American Apparel and Footwear Association, and] the Accessories Council. Our membership at the CFDA is over 400 foremost American brands. However, many of them would qualify as SME or SMP in terms of their revenue.”

Continuing, Kozlowski expressed the organization’s excitement at engaging in the policy opportunities the Fashion Act could bring about, as well as honing in on where the gaps are.

The aim, she said, is “to ensure, in the future, we can have a voice on transformative governance and use our influence in the fashion sector to ensure that all voices are heard — businesses in the fashion sector of all sizes — small, medium and established — woman-owned businesses, minority-owned businesses. We are really looking forward to policy that not only helps to regulate but helps to [incentivize] and get us where we need to be with decarbonization efforts.”

“I think we all agree we’re at the tipping point.…We are moving in the wrong direction,” Kozlowski said. “I think we’ve warmed 6 percent with greenhouse gas emissions last year, and yet we’re all talking about unifying and meeting the 1.5 [carbon] cap in eight years and a net-zero transition by 2050, when in fact, we’re already going to be exceeding 1.5-degrees Celsius by 2030 or 2032. In fashion, so much of our problems lie in our supply chains, specifically within materials. But the answers lie there as well.”

Circularity, nonrenewable energy and de-fossilizing of materials (moving away from synthetics) are part of the solutions playbook, according to Kozlowski. The CFDA is increasingly looking to the U.N. Fashion Industry Charter for Climate Action (which contains the vision to achieve net-zero emissions by 2050), the Sustainable Apparel Coalition and the Science Based Targets Initiative, or SBTi, as examples of industry alignment. The CFDA also launched a number of free sustainability resources, including a new directory tailored to ESG targets.

“One of the biggest challenges, especially for small brands, is the funding,” Kozlowski said.

Regarding how brands are scaling up sustainable solutions, even in spite of funding constraints, Wadud affirmed: “It’s different for everyone. There’s not a universal definition of what sustainability may look like.”

“The key point is that it’s intersectional — meaning that there is an aspect of environmental responsibility and justice, there’s social, economic as well as cultural [aspects] depending on what value you are promising as a brand or as a customer,” Wadud said. “I think for other stakeholder groups — including communities and individual citizens — it may look different as to how you create shared value, whether that is through a business model, through philanthropy or public-private partnerships or some other fashion. What’s important is that you have a firm grasp on what that strategy is. ”

And mapping brand ecosystems with intention is inherent to that. Disconnects happen when values are misaligned.

“Sustainability is a road map for profitability and for innovation,” Wadud said. “If we want to move toward a future in which we are leading in innovative ways, we also have to consider sustainability as a key component of that, and that it does need to interact with those pieces. It doesn’t function in silos.”

In its resale report, ThredUp cites 36 billion pieces of clothing are thrown away every year, so the problems are palpable.

Incentives and lawmaker education weren’t at all glossed over in the policy banter.

“There’s got to be, at some point, serious money put into fashion’s efforts to decarbonize. I’ve seen numbers that it’s going to cost the industry trillions to decarbonize,” said Cline. “I think Remake [and advocacy] serves a really important function in providing that public pressure that companies often need to make a commitment to the people and communities in their supply chain, and I hope this is just a strategy we use until we have stronger regulations in place.”

Fri May 13 , 2022
[ad_1] With Monday’s file-breaking $195 million sale of Andy Warhol’s “Shot Sage Blue Marilyn” by Larry Gagosian, the renowned art vendor and collector has sparked world media focus. Whilst Gagosian is not speaking publicly about ideas for the 1964 silkscreen of Marilyn Monroe’s deal with, Gagosian’s chief running officer Andrew […] 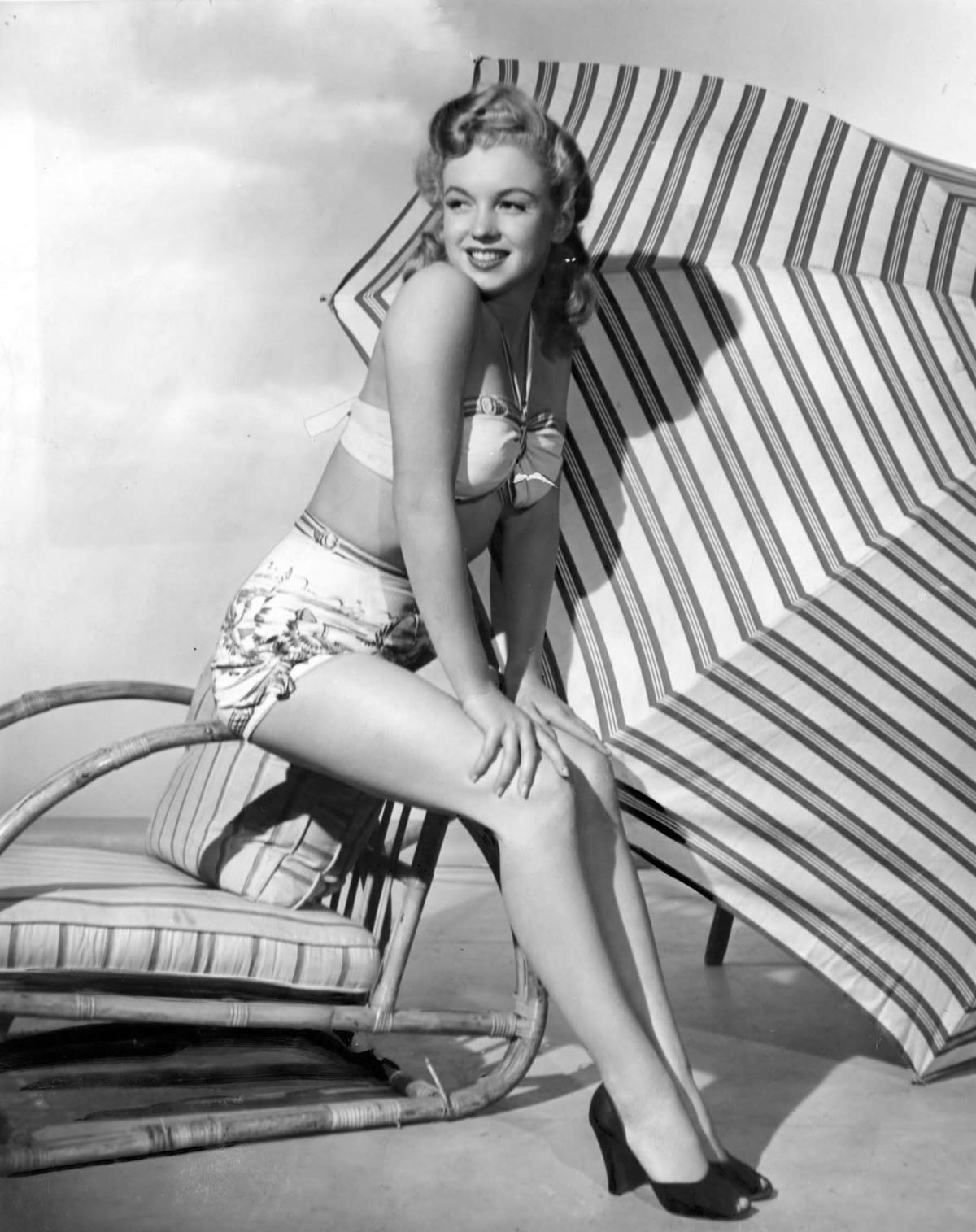