The 2022 Grammy Awards‘ nod to the late Virgil Abloh during their In Memoriam segment Sunday has many speaking out against the show’s reference to Abloh as a “hip hop fashion designer.”

“The way that everyone is collectively so angry about ‘Virgil Abloh, hip hop fashion designer’ like HOW did that even get approved by multiple people????” one person tweeted Monday of the late Off-White and Louis Vuitton designer, who died in November 2021 at age 41 after a private two-year battle with cancer.

“I’m not even a big virgil abloh guy but calling him a ‘hip-hop fashion designer’ is wild disrespectful,” another Twitter user said.

A third said he was “baffle(d)” by “micro aggressive racism we see in fashion and entertainment today” after the show, while a fourth tweeted, “Imagine the challenges Virgil Abloh faced to be still seen as a ‘hip hop designer’. Some of us thought he had no obstacles … V forever an icon ✨🕊🌹🕯✨™️”

The Recording Academy did not immediately return PEOPLE’s request for comment.

Never miss a story — sign up for PEOPLE’s free daily newsletter to stay up-to-date on the best of what PEOPLE has to offer, from juicy celebrity news to compelling human-interest stories.

Born on Sept. 30, 1980, Abloh was known as a pioneer in the fashion industry, having worked as the artistic director of Louis Vuitton’s menswear collection, a role he assumed in March 2018.

He also served as chief executive officer of the Off-White label, which he founded in 2012. The late artist also lent his creative direction on collaborations with Nike, IKEA and even designed many album covers for Kanye West.

PEOPLE confirmed his death on Nov. 28, with his family saying in a statement posted to Abloh’s Instagram page, “We are devastated to announce the passing of our beloved Virgil Abloh, a fiercely devoted father, husband, son, brother, and friend.”

Abloh’s family revealed the designer was diagnosed with “a rare, aggressive form of cancer” called cardiac angiosarcoma. He underwent “numerous challenging treatments” all while continuing his work in fashion and art.

Following his death, tributes from celebrities of all kinds poured in. Wrote designer Marc Jacobs in the comment section of the Abloh family’s post, “I am so sorry to read this. My thoughts and prayers go out to his family and loved ones. May you Rest In Peace and Power dear Virgil.”

In another comment, model Helena Christensen called the news of Abloh’s death “so devastating.”

“I will treasure our communication, even only in writing it made me smile every time. You shone so bright the time you were here ❤️💜❤️,” wrote the supermodel, 53.

Kourtney Kardashian honored the late designer on her Instagram Story, which she captioned, “You changed the world” beneath a broken heart and dove emojis.

The Best Closet Organization Hacks And Products, According To An Expert

Thu Apr 7 , 2022
[ad_1] As seasons change you’ve certainly assumed about how to freshen up your room or, at the very minimum, how to validate some of your unavoidable online procuring. That currently being claimed, you want to make absolutely sure your closet room is optimized so you can take gain of individuals […] 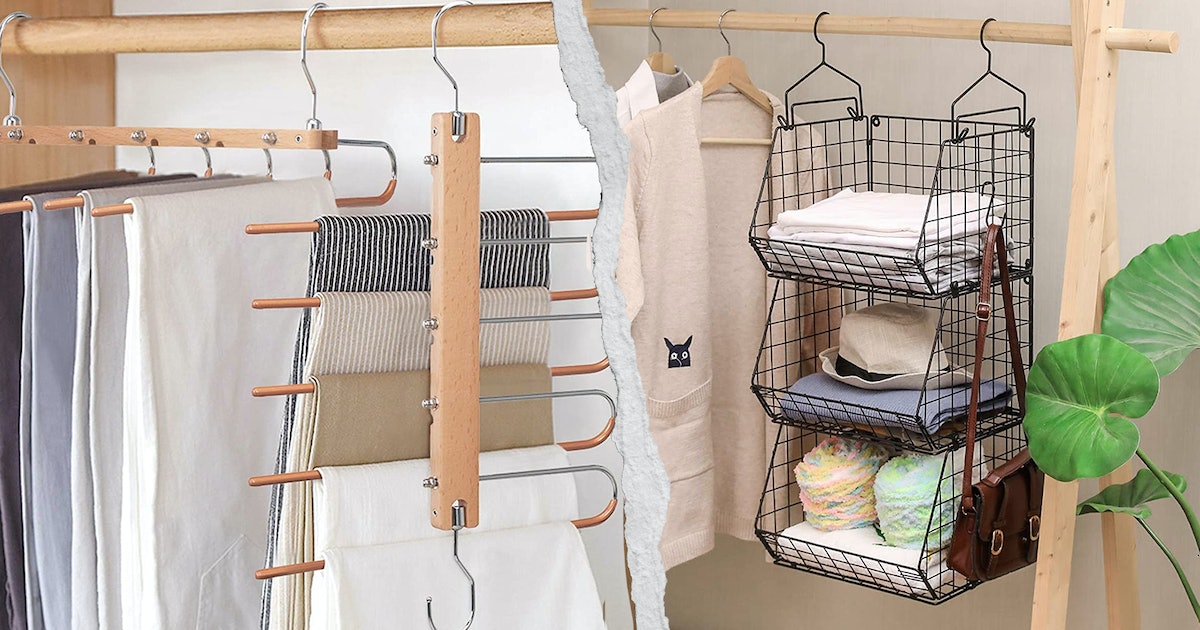